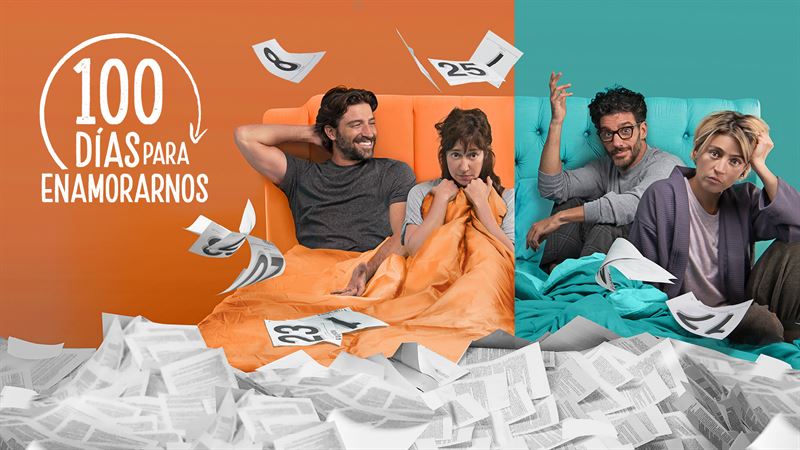 Shot at Telemundo Center’s state-of-the-art studios in Miami, Florida, the story chronicles the life of two best friends, Constanza Franco (Salas), a successful and sophisticated lawyer, mother and wife; and Remedios Rivera (Treviño), also a loving mother and wife, who, contrary to her friend, is a free-spirit struggling to keep her life in order. After almost 20 years of marriage, they both decide to separate from their respective spouses. Remedios is conflicted after her first love comes back into her life; while Constanza comes to an agreement with her husband to take a 100-day hiatus. Once the 100-day break is up, she must decide whether to stay married or not.

A Telemundo Global Studios production, “100 Días Para Enamorarnos” is directed by Jorge Colón, Mariano Ardanaz, Ricardo Schwarz and Fez Noriega with Marcos Santana and Miguel Varoni as executive producers, Elizabeth Suarez as general producer and script adaptation by Ricardo Álvarez Canales. One of the most influential stories in recent Latin American broadcast history, Telemundo’s “100 Días” adapts Argentina’s “100 Días Para Enamorarse” for the US Hispanic audiences with new additions that reflect the reality of the multicultural and multi-generational characters living in the United States.

Audiences will be able to view full episodes of “100 Días Para Enamorarnos” live or catch up on the Telemundo app on Google Play Store and Apple Store or by visiting telemundo.com.