TELEMUNDO PREMIERES “MINUTO PARA GANAR,” A NEW GAME SHOW WITH $100,000 DOLLARS IN PLAY IN EACH EPISODE, BEGINNING THIS MONDAY, MARCH 23 AT 7PM/6C

Coming for the First Time to U.S. Spanish-Language TV, Contestants Will Compete in a Variety of Fun and Exciting One-Minute Challenges in an Effort to Win the Grand Prize 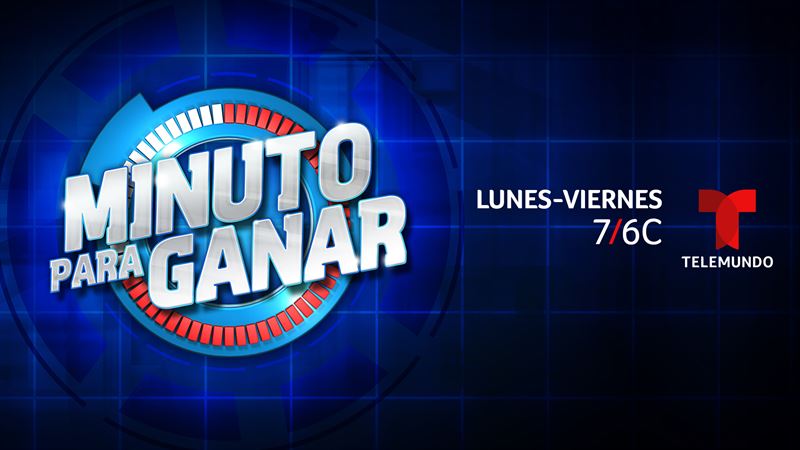 March 20, 2020 – Based on the global hit game show Minute to Win It, Telemundo presents “Minuto Para Ganar,” a new game show premiering this Monday, March 23 at 7pm/6c, where contestants compete in one-minute challenges for a chance to win up to a $100,000 cash prize. Airing Monday through Friday, viewers will watch as a group of participants tackle a variety of fun and exciting tasks of increasing levels of difficulty, using materials like office supplies, toys, food and sporting goods, in an attempt to win the cash prize or possibly be eliminated from the competition. This family-friendly game show is hosted by popular TV host, Marco Antonio Regil. The show will be followed by Exatlón Estados Unidos in its new time slot of 8pm from Monday to Friday.

Viewers can learn more about "Minuto para Ganar" on Instagram, Facebook and Twitter via @Telemundo and Telemundo.com. Audiences can also catch up Telemundo programming on the Telemundo app on Google Play Store and Apple Store.