Premier League’s return to Telemundo delivered 3 of 5 most-watched sporting events on Spanish-language TV this past weekend -- Liverpool vs. Everton was #1 with 272,000 total viewers 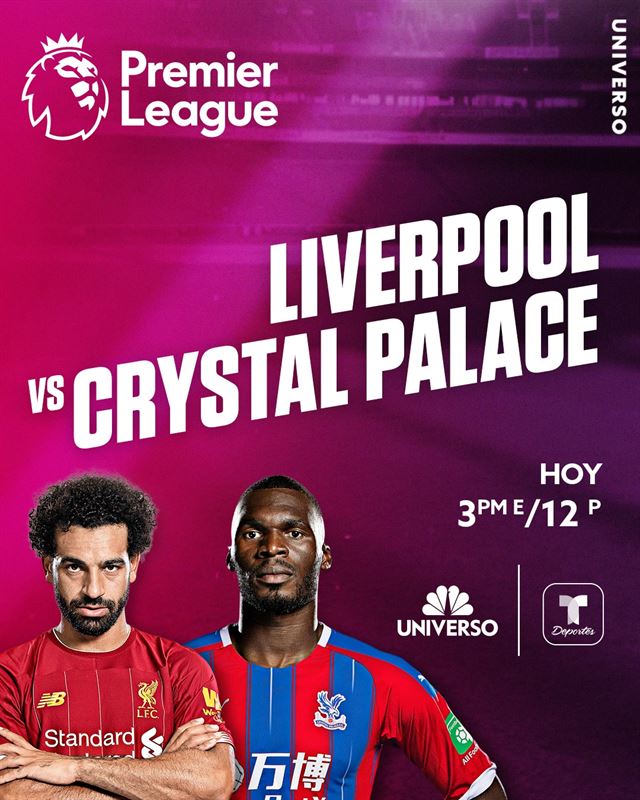 MIAMI – June 24, 2020 – Telemundo Deportes’ exclusive, Spanish-language coverage of Premier League continues this afternoon as first-place Liverpool seek their first championship in England’s top-flight in 30 years. The Reds who are only five points from clinching the Premier League title, host Crystal Palace, live on Universo and the Telemundo Deportes app at 3:15 p.m. ET. Mid-week action is also highlighted by fourth-place Chelsea vs. Second-place Manchester City on Thursday at 3:15 p.m. ET, live on Universo and the Telemundo Deportes app. If Liverpool scores a win today and ManCity loses against Chelsea on Thursday, Liverpool will be crowned champions.

Action continues over the weekend starting with Aston Villa vs. Raul Jimenez’ Wolverhampton on Saturday, June 27, live on the Telemundo Deportes app at 7:25 a.m. ET, followed by Sunday’s Watford hosting Southampton live on Telemundo and the app at 11:30 a.m. ET.

Next week, Premier League will continue with four mid-week matches on Universo and the Telemundo Deportes app, beginning Tuesday, June 30 with Brighton & Hove vs. Manchester United at 3:15 p.m. ET and concluding on Thursday, July 2 with Manchester City hosting Liverpool.

As Premier League returns with no fans in the stadiums, Telemundo Deportes’ production will offer viewers an enhanced experience, with the opportunity to hear everything said by players, referees and coaches on the field. For the first time, natural sound will be clearly captured by ground level microphones and delivered as an audio option available via SAP in all the games, along with Spanish play-by-play and commentary. As the main audio option, for those viewers that prefer crowd sounds following live-action, the audio will include the excitement of atmospheric pre-recorded audio provided by Premier League and EA Sports.

To complement the match coverage, Emmy-nominated sports analysis show, La Liga Premier: Tercer Tiempo returns this Sunday, June 28 at 1:30 p.m. ET to recap the week’s action live on Telemundo. If Liverpool is crowned champions this week, Thursday’s action will be followed by a special Tercer Tiempo edition at 5:30 p.m. ET on Universo. Each matchup will be preceded by the pre-game show La Liga Premier Extra. In addition, TelemundoDeportes.com and the Telemundo Deportes social media platforms will complement the coverage with extensive content, video highlights, stats, features, interviews, and news and updates throughout the season.