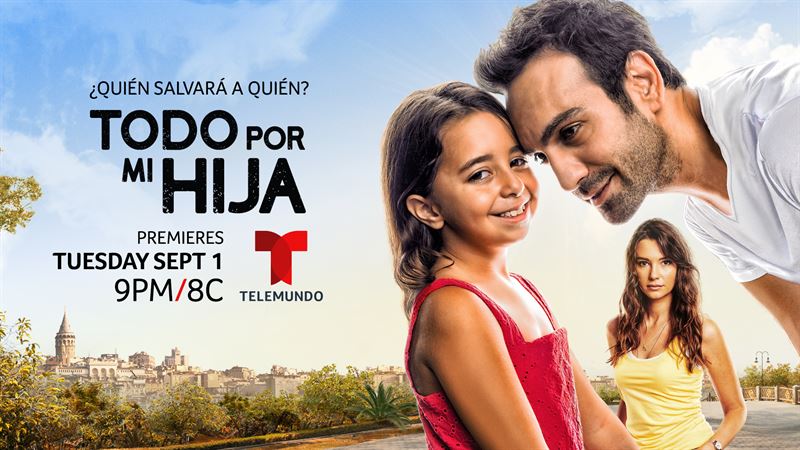 WHAT: Telemundo announced the premiere date for “Todo Por Mi Hija” (Anything For My Daughter), an inspiring and family-friendly Turkish drama that follows Oyku, an extraordinary 8-year-old who will change the life of everyone around her, especially her newly-met father, with her love and sweet personality.

WHEN: “Todo Por Mi Hija” premieres on Tuesday, September 1 at 9pm/8c on Telemundo.

WHERE: The audience can watch the live episodes Monday through Friday at 9pm/8c on Telemundo or catch them on the Telemundo App and VOD.

“Todo Por Mi Hija” is a Turkish series that tells the story of Oyku, an 8-year-old who is forced to live with her father, Demir, whom she just met, after her aunt abandons her. Demir, a professional scammer, only accepts to take care of Oyku as a plea deal to avoid going to jail. Time will bring them closer together to form a loving and unbreakable father-daughter bond, but Oyku has a secret that will change their lives. “Todo Por Mi Hija” is a production of Medyapim.