TELEMUNDO ANNOUNCES THE PREMIERE OF THE ANTICIPATED NEW SEASON OF " ENEMIGO INTIMO” ON MONDAY , JUNE 22 AT 10PM/9C

Stars Fernanda Castillo and Raul Mendez are Back Following Last Season’s Explosive Finale and will be Joined by Aitor Luna, Manuel Ojeda, Irán Castillo and Elyfer Torres in the New Season 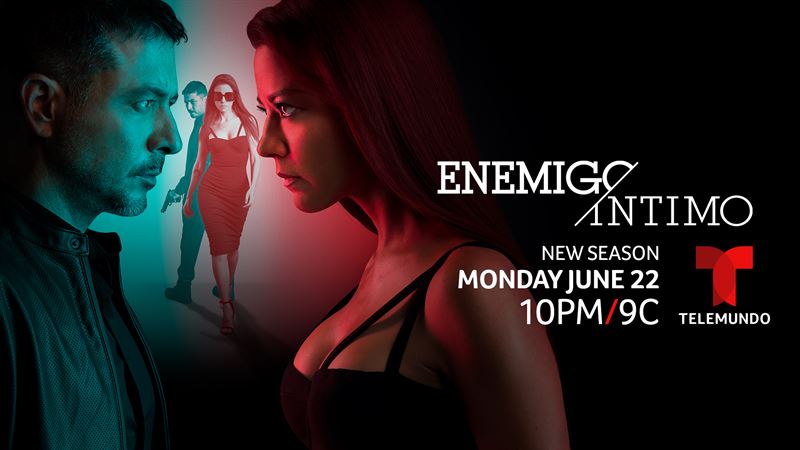 Filmed in Mexico and Spain, the new season picks up two years after the electrifying face-to-face encounter between Roxana (Castillo) and Alejandro (Mendez), where he discovered that his missing sister and his worst enemy, the “Professor,” are the same person. Now, Roxana, who is no longer able to hide under her alias, will fight to reestablish the “Mil Cumbres” cartel and to continue strengthening her drug-trafficking business. On the other side, Alejandro, who is now a commander of the Antidrug Unit, will do everything in his power to stop her and the cartel, unleashing a war between these two blood siblings, now turned mortal enemies.

Audiences will be able to watch full episodes of Enemigo Intimo live or catch up on the Telemundo app available on Google Play Store and Apple Store or by visiting http://now.telemundo.com.