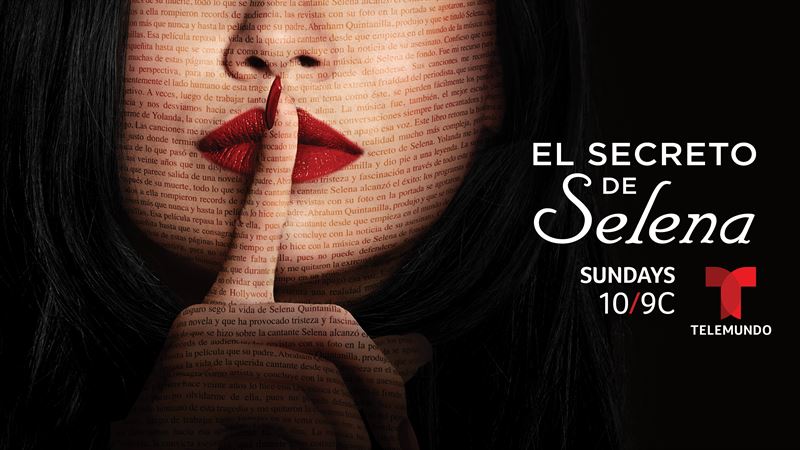 Locally, among adults 18-49, the 13-episode series based on the bestselling book by Telemundo EMMY® winning journalist, María Celeste Arrarás, ranked #1 regardless of language in New York and Miami, #1 Spanish-language program in total day in Los Angeles, and #1 primetime program on Spanish-language television in Dallas and Chicago.

Additionally, according to Nielsen Social, “El Secreto de Selena” was the #1 most social Hispanic drama series during its premiere night last Sunday. Based on Shareablee, the social buzz reached 217,000 users across Facebook and Instagram. The show was also among the top live streamed shows on the Telemundo app on Sunday.

“El Secreto de Selena” delivers a powerfully intimate and intense examination into the shocking murder of the legendary queen of Tex-Mex music. Selena, portrayed in the series by Maya Zapata, stood on the cusp of becoming a crossover music superstar before being shot and killed at the age of 23 by Yolanda Saldívar, president of her fan club and personal friend. The series chronicles the lives of Selena and the main players in her world before her tragic death, including Yolanda (Damayanti Quintanar), whose fixation on her idol reaches dangerous proportions; and Maria Celeste Arrarás (Sofia Lama), the ambitious journalist who would play a vital role in the exhaustive investigation of the star's assassination.

Viewers can learn more about “El Secreto de Selena” on Telemundo.com, and follow the series on Instagram @ElSecretodeSelenaTV, including @Telemundo and join the conversation using #ESDS and #ELSecretodeSelena.