Featuring Award-Winning Latinx Music Megastars Luis Fonsi, Alejandra Guzmán, Carlos Vives and Wisin as Coaches of the First-Ever U.S. Spanish-language Version of “The Voice,” the Finale was the Most Social Primetime Program Among Spanish-Language Networks 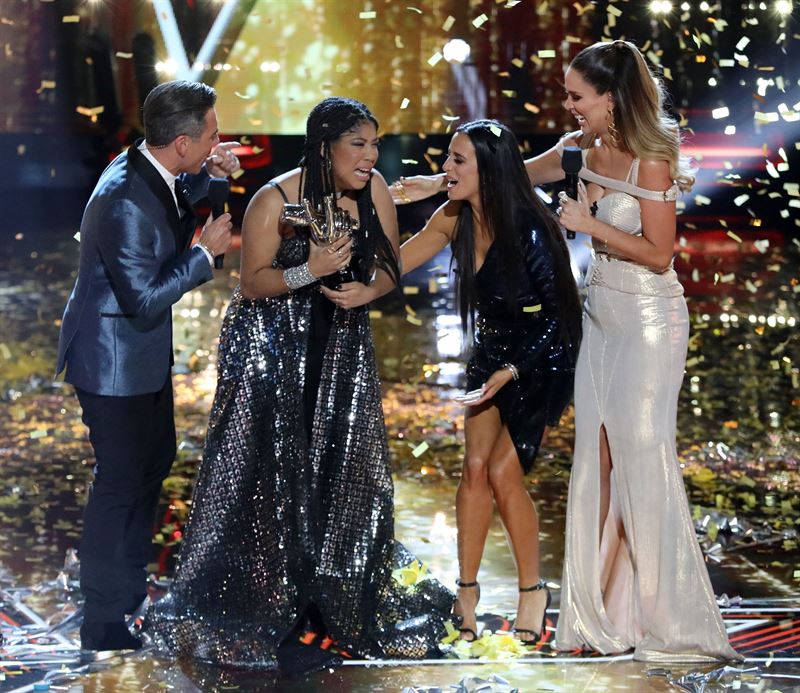 MIAMI – April 23, 2019 – The grand finale of Telemundo’s “La Voz” (The Voice) ranked as the highest-rated Sunday night show on Spanish-language television among adults 18-49 with an average of 584,000 and over 1.4 million total viewers, according to Nielsen. The two-and-a-half-hour live broadcast, which crowned Team Fonsi's 18-year-old Jeidimar Rijos as the winner of the first-ever U.S. Spanish-language version of the Emmy Award-Winning NBC hit series, “The Voice,” led Telemundo to rank as the number one Spanish-language network of all Sunday primetime among adults 18-49, adults 18-34 and total viewers.

According to Nielsen social, there was a total of 348,721 social interactions on Sunday for the musical competition series featuring music megastars Luis Fonsi, Alejandra Guzmán, Carlos Vives and Wisin as the Coaches, becoming the most social primetime program among Spanish-language networks. The finale that showcased performances by Latin music stars Ozuna, Sebastián Yatra, Yandel and Reik, was the #1 primetime program on broadcast television regardless of language in New York and Miami among A18-49, outperforming ABC’s “American Idol,” CBS’ “Motown 60: A Grammy Celebration” and FOX’s “Family Guy,” and the top Spanish-language program in primetime in Dallas and Chicago in the demo.