The Highly Anticipated Series Examines the Events Leading Up to Selena’s Death at the Hands of her Personal Friend, Yolanda Saldívar 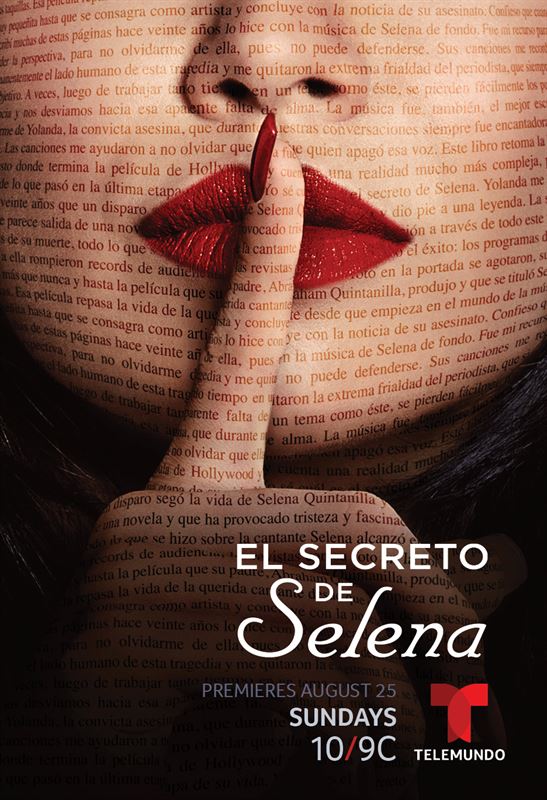 MIAMI, August 22, 2019 – Telemundo presents El Secreto de Selena (Selena’s Secret), an investigative view into the events that led to Selena Quintanilla’s tragic death, premiering Sunday, August 25 at 10pm/9c. The series is based on the bestselling book of the same name written by María Celeste Arrarás, renowned Telemundo journalist and three-time EMMY® winner, and will provide viewers an in-depth look into the investigation and trial proceedings for the legendary Mexican-American singer’s murder in 1995.

El Secreto de Selena delivers a powerfully intimate and intense examination into the shocking murder of the legendary queen of Tex-Mex music. Selena, portrayed in the series by Maya Zapata, stood on the cusp of becoming a crossover music superstar before being shot and killed at the age of 23 by Yolanda Saldívar, president of her fan club and personal friend. The series chronicles the lives of Selena and the main players in her world before her tragic death, including Yolanda (Damayanti Quintanar), whose fixation on her idol reaches dangerous proportions; and Maria Celeste Arrarás (Sofia Lama), the ambitious journalist who would play a vital role in the exhaustive investigation of the star's assassination.

Viewers can learn more about El Secreto de Selena on Telemundo.com, and follow the series on Instagram @ElSecretodeSelenaTV, including @Telemundo and join the conversation using #ESDS.