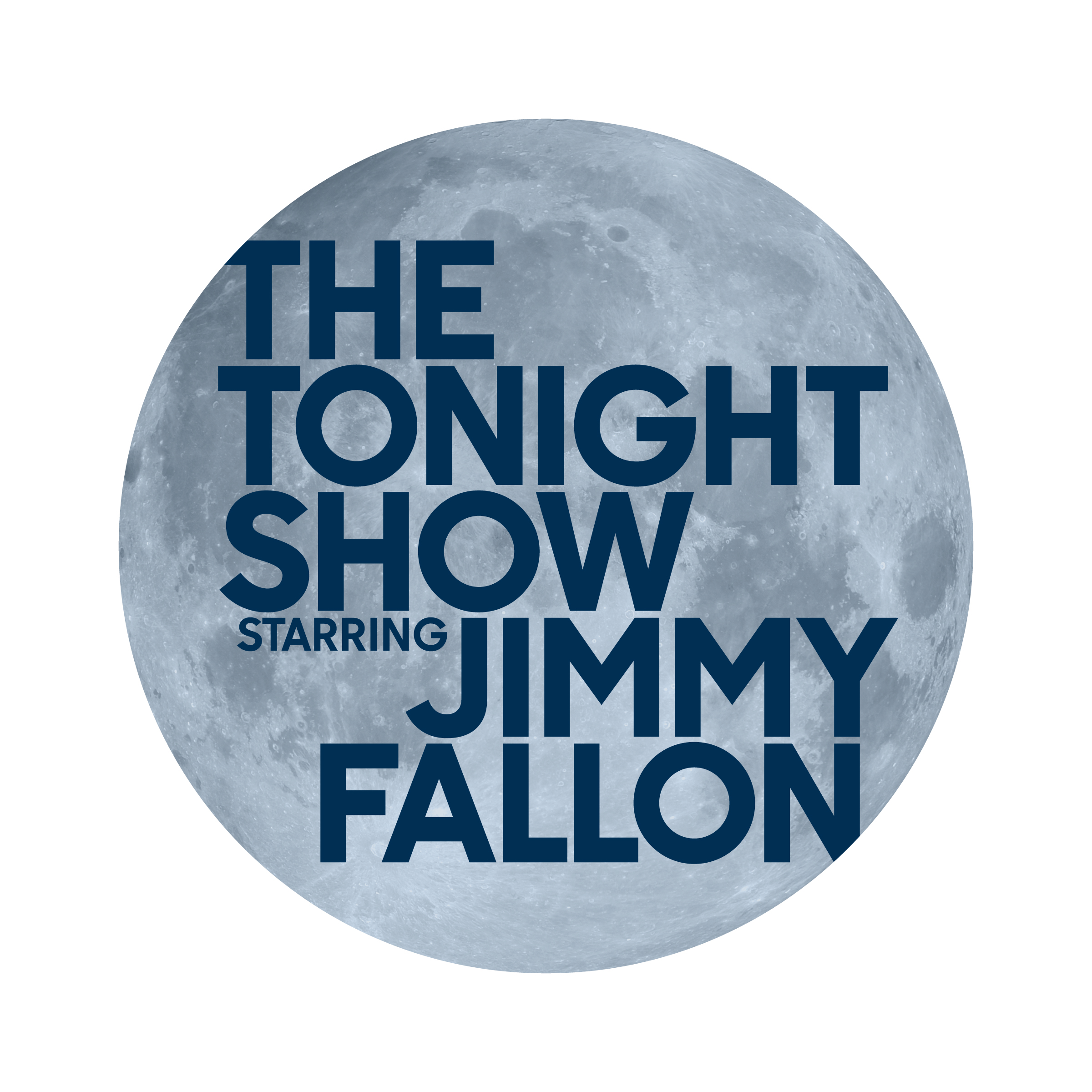 Earlier today, millions of students across the country went back to school. Kids told their parents, “I’ll miss you so much!” Then parents were like, “And I’ll...see you after school!”

It was a pretty typical day for most students. Teachers started off by asking, "Does everyone have their supplies?” And students were like, "Yep, headphones, vape pen and CBD gummies."

New York City’s public schools are trying to be healthier this year, so they’re no longer serving salami or bologna sandwiches, instead they’re going with organic, free-range pigeon.

With the hurricane possibly hitting Florida, Trump’s not taking any chances, he even sent Don Jr. to the roof of Mar-a-Lago to give him live updates. “Stay up there Don, aim the golf club at the biggest cloud.”

I saw that a lock of George Washington’s hair is going up for auction and it’s expected to sell for at least 50,000 dollars. As soon as he heard, Trump was like, “Wow! I have a shower drain that’s worth 20 million dollars!”

In Australia, a student pilot had to land the plane after his flying instructor passed out during his very first lesson. The student was congratulated by officials, while the instructor was hired by Spirit Airlines.

Tomorrow is the official start of the 2019 NFL season! It kicks off right here on NBC with the Chicago Bears hosting the Green Bay Packers! Which makes sense, because legally, anything in Chicago HAS TO be on NBC.

For the next six months, 31 teams will battle for a chance to lose to the Patriots.

I love the NFL season! It’s that special time of year when everyone finds out which family members have a serious gambling problem.

Americans love gambling on football. Listen to this – a new survey finds that 15 percent of the country will bet on football this year. While the other 85 percent are completely broke from betting on football last year.

This is a special year because it’s the 100th anniversary of the NFL, and even more impressive, Tom Brady has played quarterback in all of them.

Long shot candidate Marianne Williamson had to delete a tweet that said the “power of the mind” could turn away Hurricane Dorian. I can't tell what's worse - Marianne tweeted that or Trump retweeted that. “She’s good. We should consider that. Call France and get me all the mimes.” “No sir, MIND not MIME.” “Close the windows. Power of the MIME.”

I saw that Netflix is releasing episodes of TV shows weekly, rather than all at once. Yeah, Netflix said they’re really excited about completely defeating the purpose of Netflix.

Netflix is releasing some shows week-by-week, instead of all at once. They looked at their viewers and said, “We thought you animals could control yourselves, but we were wrong.”

Earlier tonight, the NFL season kicked off with the Green Bay Packers taking on the Chicago Bears! Everybody was excited -- now we get to watch football, and more importantly, we get to drink in the middle of the week!

Tonight was the big Packers - Bears game, both teams played great, but in the end the big winner between those two cities was once again Pepto Bismol.

Right now, the Kansas City Chiefs are the big favorites to win the Super Bowl, while the biggest underdogs are the Miami Dolphins. The Dolphins are 500-to-1 longshots to win it all. You can tell they’re depressed -- when they run out of the tunnel, the music in the stadium is Adele.

Seriously, I am so pumped that football is back! For once, it’ll be nice to see someone fumble that isn’t Joe Biden.

Speaking of Biden - did you guys see him on CNN's Town Hall last night? It was crazy - he was on stage and just started bleeding from his eye. I don’t know if he wants to be president or the next Bond villain. “I think climate change is real, Mr. Bond. No more straws for you, Mr. Bond. The turtle will see to that.”

I saw that The Eagles offensive line just posed naked in ESPN The Magazine’s “Body Issue.” They look like a boy band that fell on really hard times. They just changed their slogan from Fly Eagles Fly" to "Why Eagles Why?"

Bill de Blasio is thinking about dropping out of the presidential race next month. When he told his family, they were like, “We thought you dropped out six weeks ago.”

A bride told her maid of honor that she could wear anything she wanted to her wedding, so she decided to dress up like a T-Rex. It was funny until she dropped the rings and said, “Can someone help me pick this up?

“It: Chapter 2” comes out this weekend! When they heard, actual clowns were like, “Oh come on, I was JUST starting to get work again!

President Trump just promised that if he’s re-elected, he’d build 500 miles of border wall. Yeah, and if he’s not re-elected, he'll just draw a wall with a Sharpie.

The Trump Administration just announced they’re rolling back efficiency standards for light bulbs. It was a confusing day at the White House, because every time Trump said “dim bulbs,” Eric and Don Jr. busted in and said, “You rannnng?”

The third Democratic presidential debate is in less than a week, and this time, all the candidates can fit on one stage. Yeah, we’ll hear from the 10 candidates up there, plus Bill de Blasio shouting from the audience.

I saw that this debate will be on ABC, which is nice because the winners will get a boost in the polls, while the losers will get a spot on “Dancing with the Stars.’

Google is being fined 170 million dollars for violating children’s privacy. Pretty messed up -- not only did they collect kids’ data they also told Becky that Greg “liked her” but didn’t “like her-like her.’

Yellowstone’s Steamboat Geyser had a record number of premature eruptions this year. Today, Park Rangers walked up to it and said, “Don’t worry, this happens to lots of Geysers.”

This is so exciting! We are here on Sunday night! Right now, everyone who passed out during the games is waking up to this like, (DRUNK) “Oh my god, I slept through Monday!” (”I’m so fired!”)

It was an interesting day around the office too. At 1PM, people on the crew came up to me and we’re like, “I had to sell my Jets tickets because of today’s show. I had to sell them.” By 4PM, they were like, “Hey, thanks for doing a show so I didn’t have to watch the freakin’ Jets.”

We’re at the start of a new season, and I guess one of the big trends this year is healthier foods at the stadium. The Dallas Cowboys are now selling quinoa salad and mushroom burgers. If you’re interested, look for the concession stand with no one in line.

Not only that, I read that more stadiums are offering a selection of fine wines. Here’s how it works: First, you pick out a nice vintage, then you taste it, and then you strap two bottles to a helmet with a giant plastic tube. Bottle of red, bottle of white, rose baby!

Of course, we are coming to you after tonight’s big Sunday night game between the Patriots and the Steelers! Before the game, Rob Gronkowski busted out of the tunnel, chest bumped his teammates, trash talked the Steelers and then remembered he retired six months ago.

The big NFL story is about superstar wide receiver Antonio Brown. Here’s the story, Antonio got frostbite on his feet after he went into one of those cryotherapy chambers with the wrong shoes. Next, he didn’t wanna play because his helmet wasn’t NFL-approved. Then, he cursed out the GM and threatened to fight him. Then, he went on social media and asked to be released. Even Bachelor fans are like, “This is WAY too much drama.”