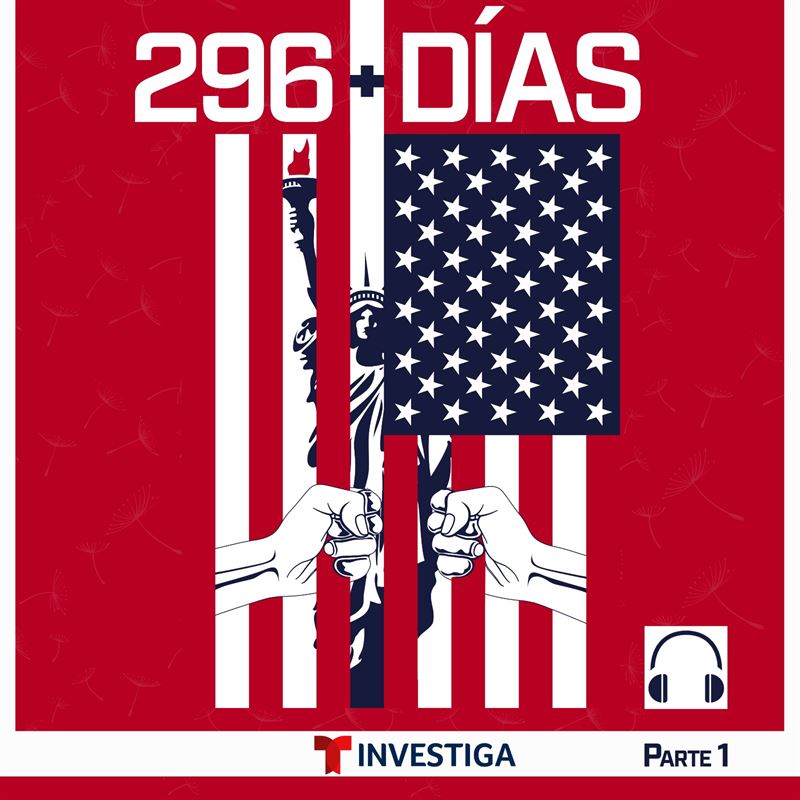 MIAMI – May 27, 2020 – Noticias Telemundo announced today the launch of the first podcast series produced by its award-winning investigative unit, “Noticias Telemundo Investiga”. The podcast series, titled “296+ Días,” chronicles the harrowing experience of an undocumented immigrant who was held in solitary confinement for 296 days in two ICE detention facilities in Louisiana.

Hosted by Noticias Telemundo anchor Julio Vaqueiro and narrated by “Noticias Telemundo Investiga” staffers Belisa Morillo and Damià Bonmatí, the two-part series tells the story of Anderson Gutiérrez, a 27-year-old man who sought political asylum in the United States after fleeing what he said were death threats in his native Guatemala. He was later apprehended by US law enforcement officials.

The podcast is based on more than six months of taped telephone conversations with Gutiérrez while he was in solitary confinement, a period which coincided with the onset of the coronavirus pandemic. The series offers listeners a first-person account of what life is like for some undocumented immigrants held in detention.

“In many ways, Anderson Gutiérrez’s story mirrors those of thousands of Latinos seeking political asylum in the United States,” said Elena González, senior producer for Noticias Telemundo Investiga. “It also is a story about the world’s largest immigrant detention system.”

The “Noticias Telemundo Investiga” team won an Emmy in 2018 in the category of Outstanding Investigative Journalism in Spanish for a story, “Los Nadien,” which explored the dangerous journey some migrants face attempting to reach the United States.