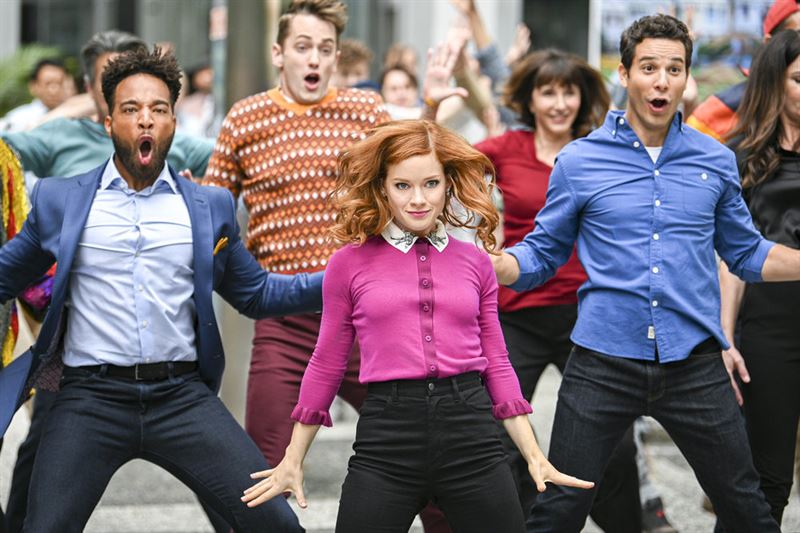 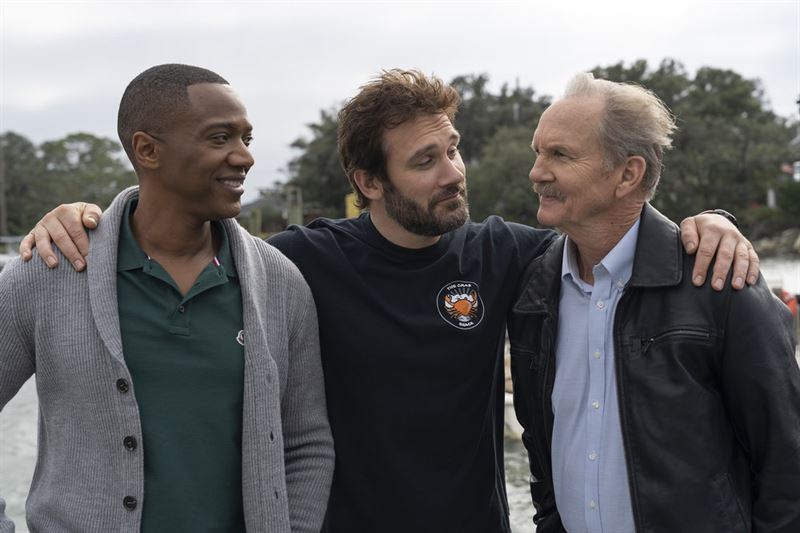 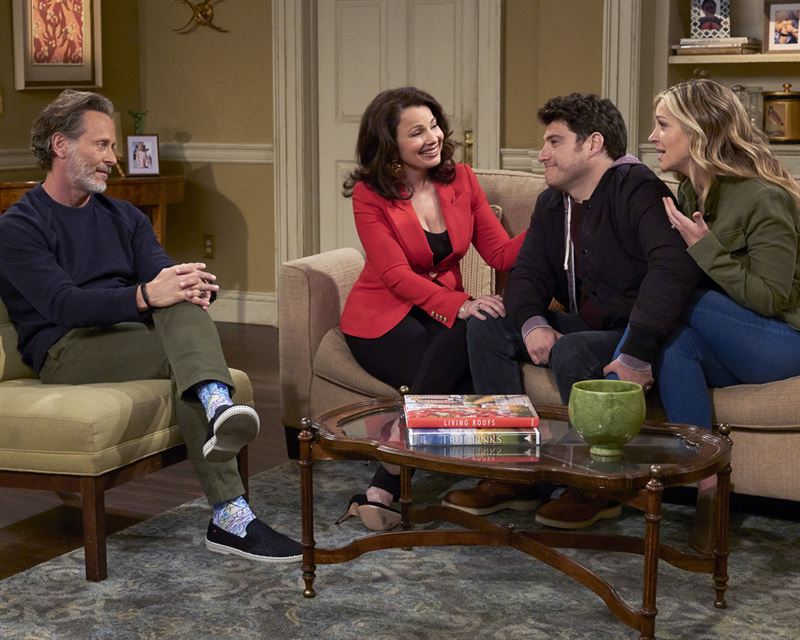 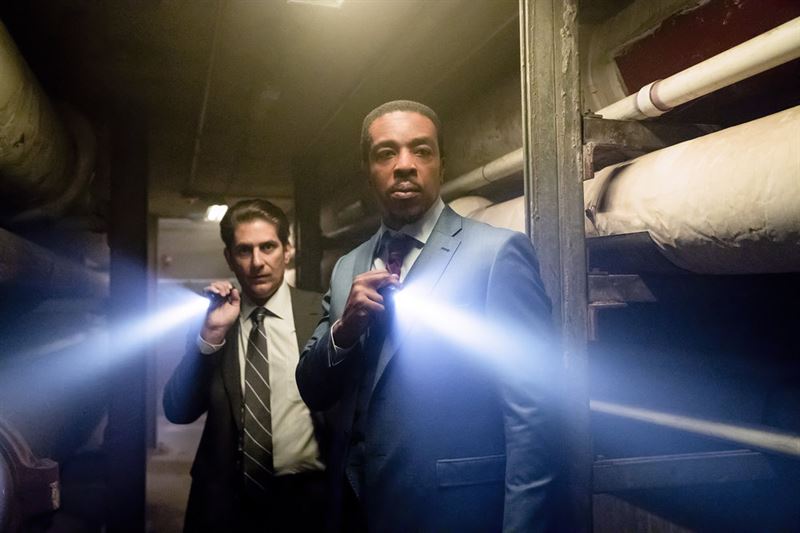 Monday: #1 Most-Watched Alternative Series “America’s Got Talent: The Champions” Returns on Jan. 6 to Kick Off the New Year at 8 P.M., Setting the Stage at 10 P.M. for the Return of “Manifest,” Last Season’s #1 New Broadcast Drama; In February, Alternative Juggernaut “The Voice” Returns to 8 P.M. With Superstar Nick Jonas Taking a Seat in the Coaching Chairs.

Tuesday: “Ellen’s Game of Games” Returns for Its Third Season at 8 P.M. on Jan. 7, Setting the Table for #1 Scripted Series “This Is Us,” Followed by the Continuation of the Night’s #2 Series “New Amsterdam;” In March, Season Finale of “This Is Us” Makes Way for Debut of New Drama “Council of Dads.”

Wednesday: Windy City Wednesdays Prevail as the Chicago Block Continues to Own the Night Starting With “Chicago Med,” at 8 P.M. Leading into Wednesday’s Most-Watched Series “Chicago Fire” at 9 P.M. and Concluding with Timeslot Winner “Chicago P.D.” at 10 P.M.

Thursday: Starting in February, Season Five of “Superstore” Continues at 8 P.M., Followed by the Return of “Brooklyn Nine-Nine” at 8:30 P.M., Multi-Cam Hour Starts at 9 P.M. with the Continuation of the Historic Final Season of “Will & Grace” Leading into New Family Comedy “Indebted” at 9:30 P.M.

Friday: New Thriller “Lincoln Rhyme: Hunt for the Bone Collector” Premieres on Jan 10 at 8 P.M. With 10-Episode Run; “The Blacklist” Resumes 8 P.M. Timeslot in March for the Uninterrupted Conclusion of Its Seventh Season; True Crime Picks Up Where Fiction Leaves Off with “Dateline NBC” Continuing with Two-Hour Episodes at 9 P.M.

Sunday: Beginning in March, Women Lead the Charge on Sundays Starting at 8 P.M. with the All-New “Little Big Shots” Starring Melissa McCarthy Followed by the Highly Anticipated Musical Drama “Zoey’s Extraordinary Playlist” at 9 P.M., Buzzy Drama “Good Girls” Returns to Round Out the Night at 10 P.M.

UNIVERSAL CITY, Calif. — Nov 8, 2019 —Following another winning fall, the network heads into the new year with a crop of prestige shows that combine top talent with creative storytelling. With more new shows launching in 2020 than the fall, NBC’s robust winter and spring slate fuels a long-term strategy and features a completely reimagined “Little Big Shots” as well as three new dramas and one new multi-camera comedy.

“As we head into the new year, we’re using six-weeks of jam-packed original holiday programming to build momentum towards our January and spring launches,” said Paul Telegdy, Chairman, NBC Entertainment. “Success starts with our carefully curated linear schedule, and from there we harness the power of our growing digital audience. This multi-platform strategy is a driving force as we head into the next phase of the season with a crop of shows that are primed to continue in the great NBC tradition of capturing the heart of pop-culture.”

January kicks off with the return of last season’s breakout hit “Manifest,” which reached more than 60 million viewers last year. Its midseason launch enables fans of the serialized drama to enjoy an uninterrupted run of Season 2’s 13-episodes.

Midseason will see the debut of a trio of dramas, beginning on Friday nights in January with crime thriller “Lincoln Rhyme: Hunt for the Bone Collector” at 8 p.m., based on the best-selling novel “The Bone Collector.” The series follows former NYPD detective and forensic genius Lincoln Rhyme (“Grimm’s” Russell Hornsby) and his new partner, Amelia Sachs (Arielle Kebbel, “Ballers”) in a cat-and-mouse game as they join forces to bring down a notorious serial killer.

Also in January, after tuning in Tuesday, Jan. 7 for a special two-hour Season 3 premiere of “Ellen’s Game of Games” at 8 p.m., audiences will get a sneak peek at the premiere episode of new high-concept drama “Zoey’s Extraordinary Playlist. The series premiere will be available to stream on the NBC App and Hulu following its on-air premiere preview.

“Zoey’s Extraordinary Playlist” stars Jane Levy (“Suburgatory”) as a whip-smart computer coder who, following an unusual event, starts to hear the innermost thoughts of the people around her through songs, including her boss played by Lauren Graham (“Parenthood”) and her mom, played by Mary Steenburgen (“The Last Man on Earth”).

On Feb. 16 at 9 p.m., “Zoey’s Extraordinary Playlist” makes its regular timeslot debut (with a re-airing of the pilot at 8 p.m.). Beginning in March, it will air between the all-new “Little Big Shots” with Melissa McCarthy and fan-favorite “Good Girls,” starring Christina Hendricks, Mae Whitman and Retta, making Sundays nights appointment television with a lineup of true leading ladies.

Rounding out the new midseason dramas is “Council of Dads,” centered on three men who step in to guide their best friend’s family through all of life’s triumphs and challenges. The new series will follow “This Is Us” on Tuesdays for two weeks before taking over its 9 p.m. timeslot when the show concludes its fourth season in March.

On the comedy front, January marks the conclusion of hit series “The Good Place,” which will go out with a forkin’ good time on Thursday, Jan. 30 at 8:30 p.m. The series finale gives fans an extra-long 90-minute block dedicated to the award-winning show, which includes an extended episode as well as a post-show special featuring the full cast and hosted by Seth Meyers.

The series finale makes way for NBC’s new Thursday night comedy line-up, including the debut of new family comedy “Indebted” on Feb. 6 at 9:30 p.m. The multi-camera comedy, which will have the iconic final season of “Will & Grace” as its lead in, stars Adam Pally (“The Mindy Project”) and Abby Elliot (“SNL”) as a young couple whose lives get turned upside down by their boomerang parents, played by Fran Drescher (“The Nanny”) and Steven Weber (“Wings”).

NBC’s unmatched lineup of alternative hits continue to help power midseason, led by last season’s #1 most-watched alternative series, “America’s Got Talent: The Champions,” as well the breakout competition series “Ellen’s Game of Games,” both returning to their winning timeslots on Monday Jan. 6 at 8 p.m. and Tuesday, Jan. 7 at 8 p.m., respectively.

Families can also add a new favorite to their lineup: Melissa McCarthy joins as the host of “Little Big Shots” with a totally reimagined season from executive producer Ellen DeGeneres. The teaming of two of the funniest minds in Hollywood will celebrate the unique kids who inspire us all.

“The Voice” returns to Mondays on Feb. 24 at 8 p.m. for Cycle 18, adding multi-platinum and award-winning recording artist, actor and songwriter Nick Jonas to the coaching lineup along with fan favorites Kelly Clarkson, John Legend and Blake Shelton. “The Voice” lands on the schedule once a week in midseason, making way for hit show “Ellen’s Game of Games” to keep its prime spot on the schedule for a few extra months before “The Voice” moves back to twice weekly for the always-anticipated live shows over the cycle’s final three weeks in May. The combined strength of “The Voice” and “Ellen’s Game of Games” on the schedule each week bring in a big live audience and act as strong launching pads for the network’s scripted dramas.

NBC’s fall performance has been paced by television’s #1 scripted series in adults 18-49, “This Is Us”; the #1 primetime show overall in 18-49 and total viewers, “Sunday Night Football”; and additional top-20 rankings among Big 4 entertainment series from “New Amsterdam,” both editions of “The Voice” and all three “Chicago” dramas. In total viewers, those “Chicago” dramas are delivering Wednesday’s #1, 2 and 3 best results in “live plus seven day” Nielsens.

NBC is also generating dramatic increases this season in delayed and digital viewing, with the season premiere of “The Good Place” having multiplied its next-day “live plus same day” ratings by five times to date, while “SVU” has more than quadrupled; “This Is Us,” “New Amsterdam” and “Superstore” have more than tripled; and all three “Chicago” dramas and “Perfect Harmony” have easily doubled the next-day ratings for their season premieres.

In addition to their curated linear timeslots, all new shows are available to stream on the NBC App and Hulu the day after airing on NBC.

For photos and additional show information, go to http://www.nbcumv.com/

8-10 P.M. — America’s Got Talent: The Champions (The Voice returns in February)

8-9 P.M. – LINCOLN RHYME: HUNT FOR THE BONE COLLECTOR (The Blacklist returns in March)

Family takes on a different meaning in this transformative and inspirational new drama when Scott Perry, a loving father of five, has his entire life’s plan thrown into upheaval by an unexpected health scare. He calls on a few of his most trusted friends to step in as back-up dads to help guide and support his growing family – just in case he ever can’t be there to do it himself. There’s Anthony, Scott’s oldest and most loyal friend; Larry, his tough-love AA sponsee; and Oliver, his dedicated doctor and wife’s dearest friend. Together, they discover that there’s more to being a father than anyone could do alone – and more to being a family than they ever thought possible.

The show is inspired by best-selling author Bruce Feiler’s book “Council of Dads.”

“Council of Dads” is produced by Universal Television in association with Jerry Bruckheimer Television and Midwest Livestock Productions.

Inspired by the best-selling book, the enigmatic and notorious serial killer known only as “The Bone Collector” once terrified New York City … until he seemingly disappeared. Now, three years later, when an elaborate murder points to his return, it brings former NYPD detective and forensic genius Lincoln Rhyme out of retirement and back into the fold. Rhyme has a personal connection to the case – a trap set by the killer left him paralyzed – but this time he’s teaming up with Amelia Sachs, an intuitive young officer who’s got her own gift for proﬁling. This unlikely detective duo will play a deadly new game of cat and mouse with the brilliant psychopath who brought them together. But how do you catch a killer who always seems to be one step ahead?

“Lincoln Rhyme: Hunt for the Bone Collector” is produced by Universal Television and Sony Pictures Television and in association with Keshet Studios.

If there’s a song in your heart, it will get in her head. Jane Levy stars in this high-concept drama as Zoey Clarke, a whip-smart computer coder forging her way in San Francisco. After an unusual event, Zoey, who always preferred podcasts over pop songs, suddenly starts to hear the innermost wants, thoughts and desires of the people around her – her family, co-workers and complete strangers – through popular songs. At first, she questions her own sanity, but after getting some guidance from her musically adept neighbor, Mo, and making a breakthrough with her ailing father, Zoey soon realizes this unwanted curse may just be an incredibly wonderful gift as she connects with the world like never before.

Young parents Dave and Rebecca are ready to reclaim their life after years of diapers and sleepless nights. However, things take an unexpected turn when Dave’s parents show up unannounced and broke, leaving Dave with no choice but to open the door to the two people who gave him everything. But these boomerang parents aren’t great with boundaries and the question of who’s parenting who quickly becomes blurred.

“Indebted” is a co-production between by Sony Pictures Television and Universal Television in association with Doug Robinson Productions.

Emmy Award-winning and Oscar-nominated actress, comedian and producer Melissa McCarthy joins as the new host of “Little Big Shots," from executive producer Ellen DeGeneres, for an all-new and totally reinvented season. Melissa introduces us to a new generation of amazing kids from the U.S. and beyond, all of whom will show off the surprising, smart, funny and downright awesome things they can do. From brainy little whiz kids to mini virtuosos, it’s going to be an exciting, inspiring and adorable time for all. And with the invincible pairing of Ellen and Melissa, two of the funniest and most talented women in Hollywood at the helm, kids who defy the odds, reject stereotypes and conquer their dreams will give us a peek at what today’s cutest – and tomorrow’s biggest – talents look like!

The series is produced by Warner Horizon Unscripted Television in association with East 112th Street Productions, A Very Good Production and On the Day Productions.