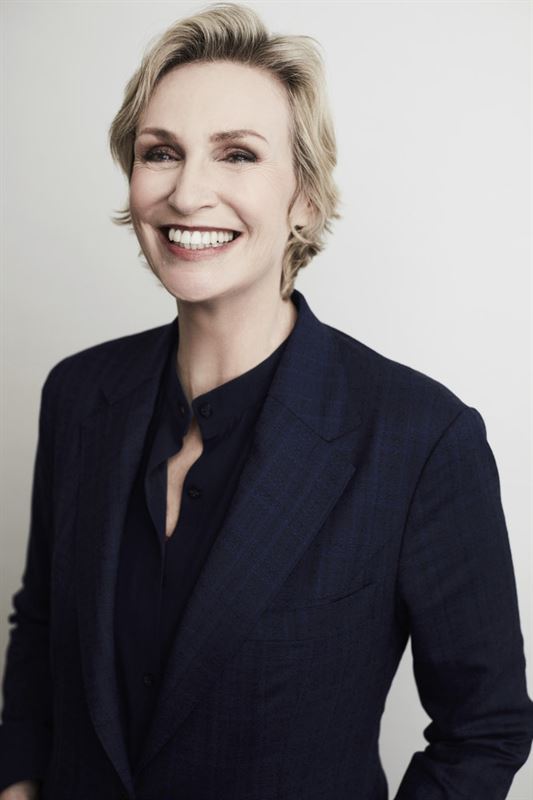 The new version of “Weakest Link” will deliver the fast-paced and quick-witted pillars of the original British format created by the BBC with a few modern twists. The hybrid game show sees contestants answer general knowledge questions to bank prize money across multiple rounds. At the end of each round, the contestants vote out who they perceive to be the “Weakest Link” remaining.

“I’ve been a longtime fan of this game-changing quiz show since it first debuted,” said Lynch. “Each time the phrase ‘You are the Weakest Link. Goodbye.’ passes my lips, it will be with great reverence and delight.”

“‘Weakest Link’ became an instant fan-favorite when it first aired on our network, and we are excited to bring a fresh, new take to the timeless format,” said Meredith Ahr, President, Reality and Alternative Group, NBC Entertainment. “Jane Lynch has been a beloved staple in our NBC family for years, and her sharp wit and engaging personality will be the perfect match for this highly entertaining game show.”

“‘Weakest Link’ is an iconic format that BBC Studios has distributed across the globe for the past two decades, capturing audiences and earning a place in pop culture history,” said Matt Forde, Managing Director, International Production & Formats, BBC Studios. “Our Los Angeles production arm is proud to partner with NBC to bring the fastest and fiercest game show on TV back to America, and Jane Lynch is the ideal host to bring her own signature brand of fearless comedy to this fresh version of ‘Weakest Link.’”

In each episode, eight contestants enter the studio as total strangers but must work together to bank the maximum amount of prize money available in each round. The contestants take turns to answer general knowledge questions to build chains of correct answers. Consecutive correct answers greatly increase the value of the chain, while incorrect answers break the chain and force the contestants to start over on the lowest rung with the smallest amount money. At the end of each round, contestants vote to eliminate the fellow contestant they consider to be the “Weakest Link” in the chain. The contestant who receives the highest number of votes leaves the game as the host declares the iconic phrase, “You are the Weakest Link. Goodbye.”

For 20 years, “Weakest Link” has been the fastest and fiercest quiz show on television. The massively successful format distributed by BBC Studios has been produced in 44 territories around the globe, with over 1,500 episodes having aired in the UK alone.

The original run of “Weakest Link” on NBC launched on April 16, 2001 with 15.1 million viewers, giving NBC its biggest audience in the timeslot with regular programming in nearly five years, since May 1996. For that season, “The Weakest Link” averaged nearly 13 million viewers to rank among television’s top 35 primetime broadcast series. Then presented by the original UK host, Anne Robinson’s contemptuous interplay with the competitors set the show apart from its contemporaries.

“Weakest Link” is casting now. Put your trivia skills and pop culture knowledge to the test. If you have the speed and smarts to win the grand prize, apply at theweakestlinkcasting.com. You must be 18 years or older, and other terms and conditions may apply.

Lynch currently co-stars on the award-winning comedy series “The Marvelous Mrs. Maisel” and is well known for her Emmy and Golden Globe Award-winning portrayal of Sue Sylvester on “Glee.” Additional television credits include portraying Janet Reno in “Manifesto,” “Criminal Minds,” “The Good Fight,” “Portlandia,” “Angel From Hell,” “Party Down,” “Lovespring International,” “Two and a Half Men” and “The L Word.” Lynch’s film credits include “Wreck It Ralph I and II,” “The Three Stooges,” “The 40-Year-Old Virgin,” “Talladega Nights,” “Role Models,” “Julie & Julia,” “A Mighty Wind,” “Best in Show” and “For Your Consideration.” She made her Broadway debut in the 2013 production of “Annie.” Her additional theater work includes “Oh Sister, My Sister” at the Tamarine Theatre and “Love, Loss and What I Wore” at the Off-Broadway Westside Theatre.

ABOUT BBC STUDIOS
BBC Studios, a global content company with British creativity at its heart, is a commercial subsidiary of the BBC. Formed in April 2018 by the merger of BBC Worldwide and BBC Studios, it spans content financing, development, production, sales, branded services, and ancillaries. BBC Studios’ award-winning British programs are internationally recognized across a broad range of genres and specialties. It has offices in 22 markets globally, including seven production bases in the UK and production bases and partnerships in a further nine countries around the world. The company, which makes over 2,500 hours of content a year, is a champion for British creativity around the world and a committed partner for the UK’s independent sector. In the Americas, BBC Studios operates two production units – one in Los Angeles, responsible for ratings juggernaut and Emmy®-nominated “Dancing with the Stars” and multi-award-winning “Life Below Zero,” and the other in Brazil, where local productions “Dancing Brasil” and “Bake Off Brasil” have become breakout hits. The company manages joint venture relationships with AMC Networks for flagship channel BBC AMERICA (U.S.) – home of original series “Killing Eve” and global brands “Dynasties,” “Doctor Who,” and “Top Gear” (UK) – and with ITV for SVoD service BritBox (U.S./Canada), as well as strategic partnerships in Canada with Blue Ant Media for BBC Earth Channel and Corus for BBC Canada. The company also boasts a franchise management business and a robust linear and digital content sales and co-productions operation.

ABOUT UNIVERSAL TELEVISION ALTERNATIVE STUDIO
Launched in 2016, Universal Television Alternative Studio is a leading supplier of hit unscripted content and formats, and creates, develops and produces a diverse slate of original series domestically and internationally. The studio’s most recent breakout hits include the two biggest successes among new series launched during the summer of 2019, the songwriting competition “Songland” and the comedy competition “Bring the Funny.” The studio is responsible for the high-stakes game show “The Wall,” which has been sold into 27 territories internationally, and “Hollywood Game Night,” which has been remade across 21 territories. Also on the studio’s slate are “Making It” from Emmy Award-nominated hosts Amy Poehler and Nick Offerman, Dwayne Johnson’s “The Titan Games,” Emmy Award-winning “World of Dance” from Jennifer Lopez, USA Network’s “The Biggest Loser,” Bravo’s “Blind Date” and History’s “In Search Of.” Upcoming projects include comedy variety event series “That’s My Jam,” hosted by Jimmy Fallon, hybrid alternative-scripted series “True Story,” co-hosted by Ed Helms and Randall Park, the tiny-challenge game show “Small Fortune,” premium landmark series “The New World” from BBC Natural History Unit, “Thanks a Million” for Quibi as well as original talk show series “The Kid’s Tonight Show” from Jimmy Fallon and “Saturday Night Live”-themed documentary series “Who Wrote That?” for Peacock. Universal Television Alternative Studio is a division of NBCUniversal.