BIDEN TO NOTICIAS TELEMUNDO: “SLEEPY JOE IS GOING TO WAKE HIM (TRUMP) UP REALLY QUICKLY”

The Presidential Hopeful Talks about the El Paso Massacre, Immigration, the Campaign, his Choice for Vice President and Trump in an Exclusive Interview with Noticias Telemundo´s Senior Correspondent Vanessa Hauc 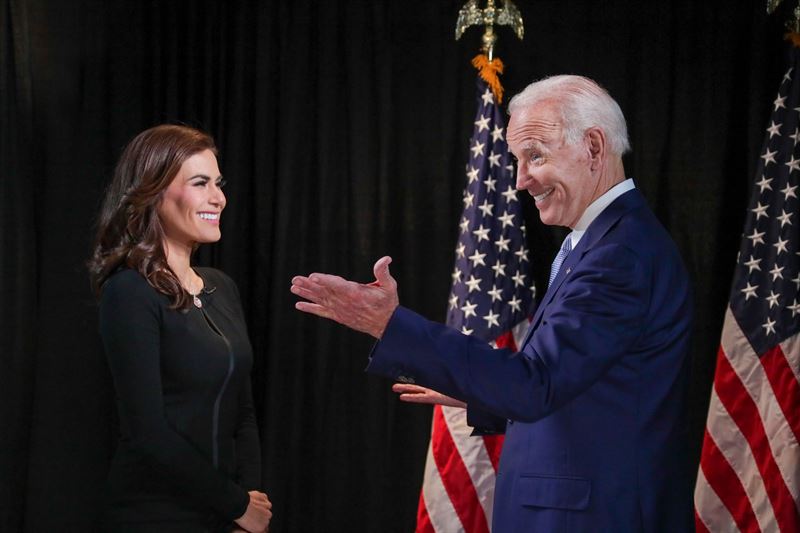 Next, follow some highlights of the exclusive Noticias Telemundo interview*:

Vanessa Hauc: “Talking about what he (Trump) says and the discourse that is coming from the highest office in the country, he calls you, "Sleepy Joe," what do you say to that?

Joe Biden: Well, let me tell you, Sleepy Joe is going to wake him up really quickly because none of this changes as long as he's president of the United States of America. This fomenting hate, this talk about how in fact there are good people and a whole-- and pitting us against one another based on our race, our religion, our ethnic background. That's not America. It's not who we are.”

ON THE “DEPORTER IN CHIEF”:

“Vanessa Hauc: Vice President Bide, would you be a Deporter in Chief?

Joe Biden: No. Not at all. Look, here's the deal. The day I get elected president, DREAMers are going to be legalized, number one. Number two, we have to provide a pathway to citizenship for 11 million people. Thirdly, we have to, in fact, welcome people who are seeking asylum and make a judgment about whether or not their claim is relevant and real, and not lock them up in the meantime or not keep them from even getting to the border.”

ON HIS CHOICE FOR VICE PRESIDENT:

Vanessa Hauc: Would you think about a Latino?

Joe Biden: Well, of course I would. There's no reason why that would not be the case. Look, I learned one thing about being vice president. You have to be simpatico with the president. No president can handle the job himself or herself… And they have to be able to delegate power. And when they delegate presidential power, the authority to make decisions.”

ABOUT THE EL PASO MASSACRE:

“Vanessa Hauc: As you know, our community was hit tragically in El Paso this weekend. We know the gunman was targeting immigrants, and specifically Latinos. And he used a lot of the rhetoric that the president uses. What is the responsibility of the president in these tragic events?

Joe Biden: To talk about how bad this was. The extent of the hatred that has been fomented these days. Look, the way the president talks, if he were a principal in your high school and they talked that way, the parents would be coming in saying, "Fire him." It's outrageous the way in which he characterizes people. He talks about animals and crossing the border. He talks about how these are people that are from rat-infested place. I mean, it's just terrible. And it's the thing that brings all the hatred out in the open. They think it's legitimate now to come out and do the things they do and talk about-- it's about white nationalism and white supremacy against minorities.”