‘THE MAURY GAME: YOU ARE NOT THE FATHER’ WILL BE RELEASED ON NOVEMBER 27[th]

The Board Game Is Now Available For Pre-Order on Amazon 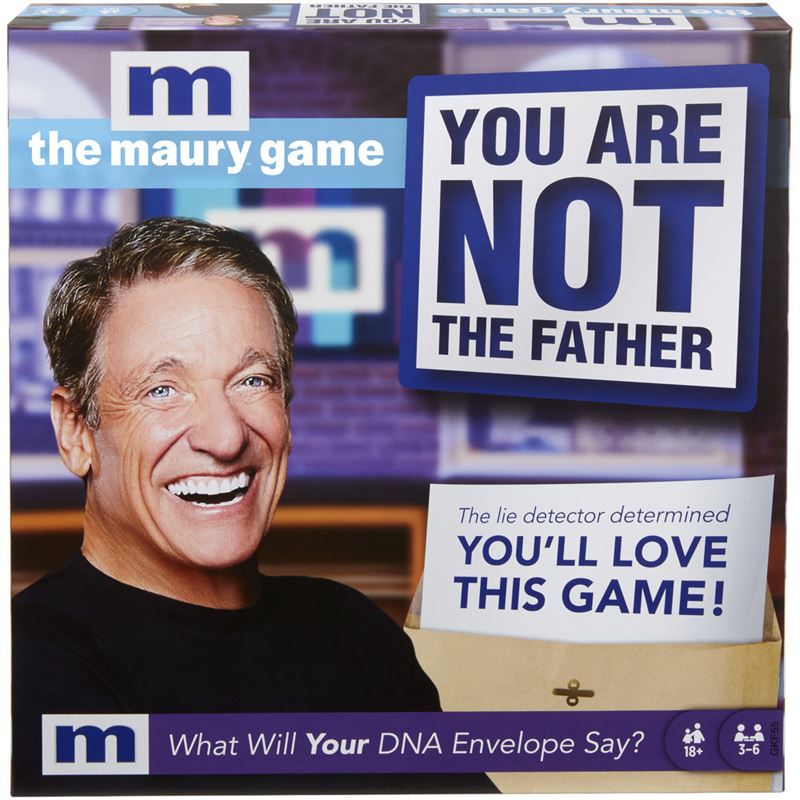 New York, NY – November 19, 2019 – The adult board game “The Maury Show: You Are Not The Father,” based on the popular daytime talk show, “Maury” hosted by Maury Povich, is available for pre-order on Amazon and will be shipped beginning November 27th.

The show is known for its compelling relationship drama, family issues, infidelity, and signature paternity tests. “The Maury Game: You Are Not The Father” will allow players to clear their name, “Maury” style, with this hilarious party game for adults. The game challenges players to prove their nonpaternity through a series of outrageous accusations and laugh-out-loud arguments. At the end, a paternity test is “performed” and the “results” lie in each player's Test Results envelope. Play your cards right to increase your odds of innocence and to turn the “Maury” audience against your competitors before the big reveal. Only one will be the father -- don't let it be you!

“‘You Are Not The Father’ celebrates our outrageous guests and the absurd excuses they use on our paternity episodes,” said Povich. “The game is fun, funny, and the best part is, there are no real babies involved.”

“You don’t have to be familiar with the paternity tests on ‘Maury’ to have a great time playing this game,” said Paul Faulhaber, Executive Producer of ‘Maury.’ “As for our die-hard fans, they are going to absolutely love it!”

ABOUT "MAURY"
With over 4 million Facebook followers, 1.2 million YouTube subscribers, and hundreds of thousands of Instagram followers, the digital world loves a dose of Maury in their daily newsfeeds. Maury even found another new way to connect with his audience by becoming the first daytime talk show to develop a skill for Amazon’s Alexa. You can hear Maury like you’ve have never heard him before – get relationship advice, play Maury’s memory challenge, see the latest show preview and check out “Maury” show swag! All you have to say is, “Alexa, Open ‘The Maury Show!’”

For more information on “Maury,” visit the show’s website at: www.MauryShow.com